Why Do Some Bolts Have Shoulders? 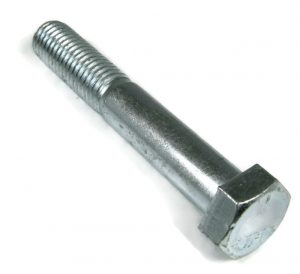 There are many different types of bolts available for use. From carriage bolts to hex cap screws, many of them can be seen sporting a shoulder (area near the head of the bolt without threading). But why? What does this area do?

A shoulder or shank is a term that can be used to describe this unthreaded portion of a bolt. For different types of fasteners the appearance of a shank can mean different things. We made a post a while back about why would screws have a shank; Bolts have a shank for an entirely different reason though.

Bolt Shoulders exist for two reasons. The first is to create an area on the bolt where sheering is less likely to occur. If a load is pulling sideways against the unthreaded area of a bolt then the bolt will be less likely to snap as the areawhere the pressure is being placed is stronger than the threaded portion. The second reason for a shank is to allow for more versatile uses. This shank can act as an area for something attached to the bolt to be moved around.