How To Install Set Screws

Socket Set Screws are one of the more common screw varieties of fasteners that are commonly found in machinery. They are an excellent fastener choice for installations that have many moving parts due to their lack of a head. This means they can easily be installed and create a flush or countersunk finish. When space is critical and when parts need to slide near or against each other a set screw is the fastener of choice but they are a mystery to many people. So how do you install set screws?

To begin, set screws are mostly installed into metal applications although they can be installed into anything as long as threading is present. To install a set screw from scratch, first a hole must be drilled into the material. We used a 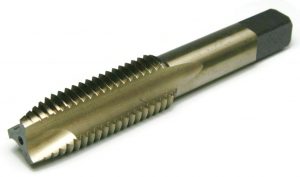 stainless steel block we had lying around for our example. We used a drill bit and some drill bit lubricant to ensure our bit did not overheat and dull while drilling.

After drilling the hole, we used a tap to create threading in the pre-drilled hole. Taps are used to cut or restore threading inside of a hole by using sharp cutting blades. While spinning the tap into the hole the flutes allow debris to fall and prevent the tap from overheating.

Socket set screws come in many different materials and point styles that can change the installation slightly. Some of these point styles include the following: 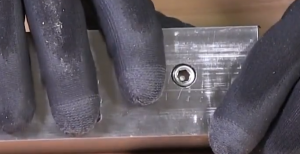 When drilling a hole for a set screw it is important not to over-drill the hole otherwise you may install the screw too far inside the installation material. Before you begin drilling the hole, measure the set screw against the tip of the drill bit and wrap blue tape around the drill where the screw ends.

This will prevent over-drilling and ensure you have the right depth for the hole. Also make sure to clear out and debris with compressed air prior to installing the set screw.